Guillermo Kahlo, father of painter Frida Kahlo, was a photographer for the Mexican government; he specialized in documenting Colonial architecture at a time when Mexican artists were fighting to break old chains of European cultural influence and embrace their indigenous Indian cultures.

In one of those delicious ironies of the art world, Guillermo, the father of one of the world’s most obsessive self-portrait painters, abjured photographing human beings. However, in 1926 he made a lovely portrait of his daughter.

In 1931, 24-year-old Frida met Hungarian-American fashion photographer Nickolas Muray while he was on vacation in Mexico. Muray was also one of the pre-eminent celebrity portraitists of his time; his saturated three-color Carbro photographs graced the covers and pages of magazines like Vogue, Vanity Fair and Harper’s Bazaar. Muray’s commercial and capitalist-tainted work could have only been held in disdain by Kahlo’s husband muralist painter Diego Rivera and his close-knit band of communist-sympathetic colleagues. Ironies indeed!

The creamy head on this frothy cultural/political brew is that Kahlo and Muray became lovers shortly after their meeting, an antipode to Rivera’s constant philandering. Kahlo and Rivera’s tumultuous, three-decade love affair included a marriage, a divorce and a re-marriage. Throughout their adult lives, they each took multiple lovers like most people change their socks. Frida, always sympathetic to leftist politics, also became lover to exiled Communist leader Leon Trotsky who lived with the Riveras for two years. A few years later, Trotsky was murdered in Mexico City on orders from Stalin, impaled by an assassin’s ice pick. By then Kahlo’s sexual fever had cooled on the Marxist dogmatist.

In November 1938, during one of Kahlo and Rivera’s many separations, Manhattan art dealer Julien Levy, famed exhibitor of French Surrealists, offered Kahlo (at the behest of Surrealist propagandist Andre Breton) her first-ever painting show. She remained in New York City until April 1939, during which time she continued her affair with Muray, who photographed her in a series of stunningly colorful and dramatic portraits, images that closely paralleled Kahlo’s self-portraits.

A traveling exhibition of Muray’s Kahlo portraits, almost 50 photographs, is now on display at the Museum of Latin American Art in Long Beach, Calif., where it will be up through Sept. 3. The exhibition announcement says:

Muray photographed Kahlo more than any of his other subjects, and his portraits of her are among the most iconic images of the artist that are not self-portraits. These portraits of Kahlo have made their way into a variety of media and popular culture, and are integral to the world’s understanding of who Frida Kahlo was as an individual behind her artwork.

On display also is Kahlo and Muray’s correspondence, which provides insight into the political/cultural/social stew that was Mexico City and the art-studio enclaves of the borough of Coyoacán. Born in a house named the “Casa Azul,” Kahlo died on July 13, 1954 in this same house among friends and her husband. She had just turned 47. There is a Mexican folk idiom that says to be born and to die in the same house is evidence of a charmed life. To be sure, Kahlo’s art is charmed in the most richly metaphoric way imaginable; her paintings seem to embrace much of the iconography of the Surrealists while maintaining an almost diary-like intimacy. Her daily physical life, however, was one of unrelenting pain and trauma: on Sept. 17, 1925, she was riding on a city bus that collided with a trolley. Kahlo was impaled in the pelvis by an iron handrail. Her life, as well as her art, became circumscribed by the ongoing agony and debilitation from the accident.

There is a deep tradition in Mexican folkloric art of the ex-voto tin plate painting, a recuerdo offered in Thanksgiving for miracles performed on behalf of a religious supplicant. Often these small mementos are placed by the hundreds inside provincial churches. Many of them depict peasant life, others the figures of a bloodied Christ or martyred saints. Kahlo’s early, smallest paintings often reflect this sanguine iconography. 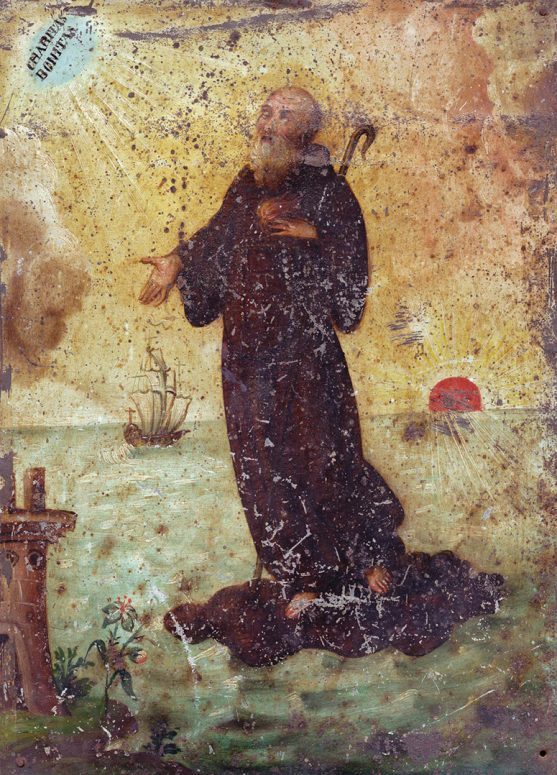 The life and work of Frida Kahlo is so deeply embedded in the narrative of Mexican history that to study her art is to explore the dynamics of Mexican art and politics in the first half of the 20th century.

A comprehensive examination beyond but inclusive of art is the goal of a feature-length documentary from 2005 titled The Life and Times of Frida Kahlo. Made for PBS, edited and directed by Amy Stechler, it embraces a broad survey of Mexican art of the time while keeping fast to a deeply intimate exploration of Kahlo’s life. Lila Downs voices Kahlo, and several notable Mexican writers, critics and friends such as Carlos Fuentes and Carlos Monsivåis offer a very human perspective on this diminutive woman, whose work has come to rival in importance that of her outsized husband.

Stechler, who was married to Ken Burns, is also the director of a worthwhile documentary from 1984 about the religious community of the Shakers. Her Kahlo documentary is one of the most emotionally engaging films of an artist I have ever watched, and this, I suspect, is partly attributable to the director/editor being a woman artist, somehow viscerally connected to Kahlo’s physical and artistic vulnerability. 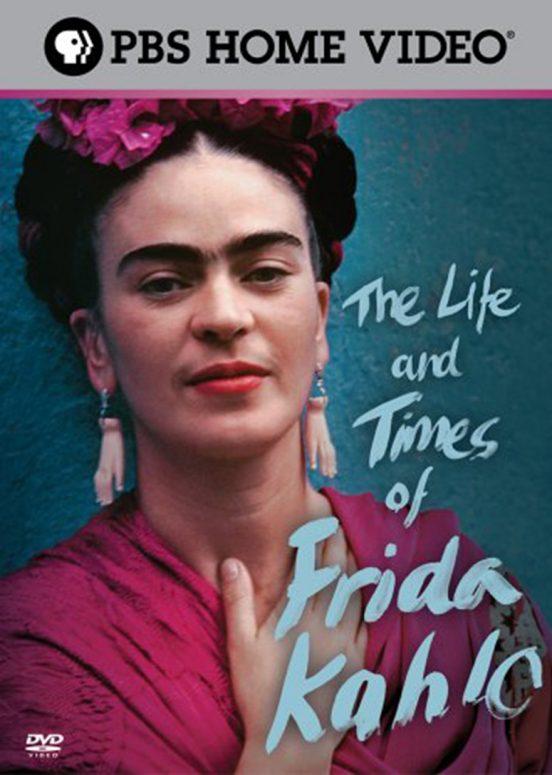 For now, at least, you can view it on YouTube in low resolution:

If you find it as engaging as I do, please buy it to support talented documentary filmmakers everywhere.

With few exceptions, politics is largely absent as a theme in mainstream American art. The intricate weave of Mexican history quietly embedded in Kahlo’s personal work offers a template to American artists, who today must be struggling with how to comment on or express dissent in the current political scene without resorting to strident polemic, postures that alienate the very people they need to engage.